A Look Back: How Homes Kept Cool Before AC

It’s hard to imagine living anywhere, especially Florida, without the benefits of an air conditioner. But the air co 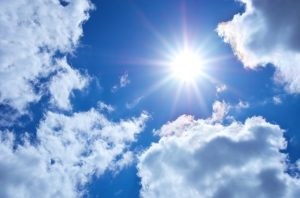 nditioner was only invented a little over 100 years ago and wasn’t in common use until after the 1960s. How did people stand the summer heat before air conditioning? Here’s a look at how our forebearers kept their homes relatively comfortable when the heat was on.

One common way to cool homes was by promoting air flow. Homes in northern states, where summers weren’t as hot, windows would be opened on the top floor and the basement, which drew a cool breeze through the home. Many homes in the south were built on piers, to allow breezes to pass underneath the home. Another method used transoms, or a small window placed over a doorway, which could be opened to circulate warm air into higher stories of the home and promoting air flow. Large, double-hung windows is another cooling feature of historic homes, allowing both sashes to be opened. This allowed cool air to enter the home through the bottom, especially at night, while warm air left the home through the top sash.

During the day, the long, thick curtains popular to earlier time periods helped create an insulative barrier between the outside heat and the cool that had been drawn into the house the night before. Taller ceilings of 10-14 feet in height allowed heat to rise while keeping the lower part of the room more comfortable. Ceiling fans, though often thought to be a completely modern invention, were originally powered by elaborate rope systems to keep air circulating before electricity became commonplace.

There were also several popular exterior features that kept the home comfortable. Deep wraparound porches shaded the windows and walls from the heat of direct sunlight and were often screened and furnished to allow for sleeping and relaxing outdoors at night. A light-colored or metal roof was also important, as it reflected the sun’s heat away from the house. Thick stone or brick walls were also commonly used as they absorbed the heat slowly through the day and then radiated it down as they cooled down at night, providing a more uniform temperature throughout the year.

Even with these improvements, historic homes were often very hot. If you’re not ready to go hard-core and need help with your air conditioning, please feel free to contact us today. At Cox Air. we’re dedicated to keeping your home cool and comfortable.